This is almost for the category of “what is the meaning of life”, but not exactly.

Today, some of the most brilliant figures of wedding photography are presenting at the Way Up North conference in Stockholm. Among those, Jasmine Star, whose bootcamp on CreativeLive was the most A to Z, down to earth approach to workflows, business and shooting that we have seen. In may and June, we could not wait to get Björn and Britta to sleep, just to get our notepads out and listen to Jasmine. Then there is Fer Juaristi, with his fascinating attitude and Mexican accent. And Jonas Peterson, whose presentation me and Sigrid saw at the I Am Photographer event in Tallinn this April.
We can’t join them in Stockholm unfortunately this year, but let’s hope Jakob and Cole from Nordica will keep up what they are doing with the conference next year as well.

As many have said before, Jonas’ inspiration in the way he presents and talks is at least as great as in the images he produces. If you are into wedding phtoography and haven’t listened to the Way Up North podcasts, then you absolutely should. If you want to get into the mind and background stories of those fascinating humans. I couldn’t help but listen to the whole episode when in the intro, Jonas says:

[blockquote sign=”Jonas Peterson”]Many people go to my workshop, I blow their socks off, but in the end… they do nothing.[/blockquote]

And a bit later in the talk, he says…

[blockquote sign=”Jonas Peterson”]There are 3 types of people. The ones who: act, react, or do nothing. You have to be one of the first to, if you are to succeed. The last ones, they just listen, but then go home and have a sausage.[/blockquote]

After shooting our this year’s weddings I suppose I can more accurately point a finger at why is it that we shoot weddings.

First of all, it’s fun to act, react and see what comes out of it. Even though I can totally be blamed for occasionally “just having a sausage”, whatever that means for you.
I like to learn about an actionable strategy and put it into action. Just to see what happens. Even if that means finding out that many wedding vendors are just not good businesspeople when you try and have a conversation. I like getting to know how the world works.

Second, we are making people happy. Or we try the best we can, at least. There is nothing that makes me go and shoot a wedding more than getting a sincere thank-you from the couple. Nothing. Okay, I haven’t had elephants walking in my photos, yet.
We like spending half a day on a pre-wedding shoot, having a coffee afterwards. Hearing everything we can about the couples. Just being there for them really, just to say everything’s gonna be OK on the wedding day.

And third, if there is a third one – getting away from the everyday stuff for those shoots. I work at a fairly large software company on a daily basis, for which I am lucky, because I had a very brief background in IT before that. But I had done a few bits of code and making stuff work has always fascinated me. I guess what’s important is that… we kind of like our life. Which would not be the case if we did 25 or more weddings and spent most of the year travelling.

So – for all of you attending Way Up North, take the most of it! And do something good with it, for crying out loud. And then have a sausage or something 🙂 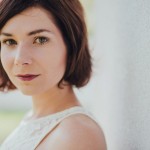 Prev Here's for the last day of summer
Next Asti, my brother's GF 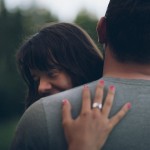