First, it was on Sigrid’s (my lovely assistant) birthday. Second – it was the first time for her as a second shooter on a full-day wedding. She’s been of great help on many of my shoots, but not to that extent. And she did quite a job if I say so myself – the bride’s getting ready shots for example.

Third – it was a lovely wedding, period. What I mean by that is I had the goosebumps (the same as during the actual day) when editing the pics from the reception and speeches, especially Robert’s heartwraming speech in Estonian (he is from UK). He had to check the notes and ask me about pronunciation when getting ready, but he did well.

This, and the resulting images we created, gave me an idea for a small surprise. I shot some video footage as well throughout the day, 5-10 second clips of different details and scenes.

Here it is – glimpses of the day in fast-motion, stop-motion and normal motion in just over a minute.

Thanks to the guys at Marmoset for building a great site for searching and licensing music! If anybody ever would ask me to shoot video and I would accept, heaven forbid, then this is the place I would go again to find the soundtrack. 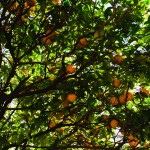 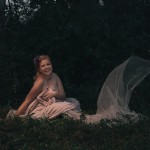